All You Want to Know About Machane Yehuda – Part 5: The Shuk Calendar 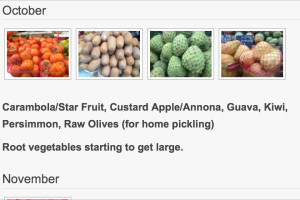 The Israeli seasonal produce calendar I created. Link is below, in the post. 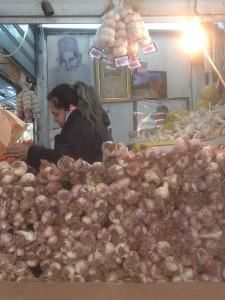 Fresh garlic is sold only around Passover 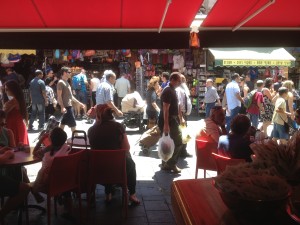 The shuk full of shoppers on a moderately busy afternoon.