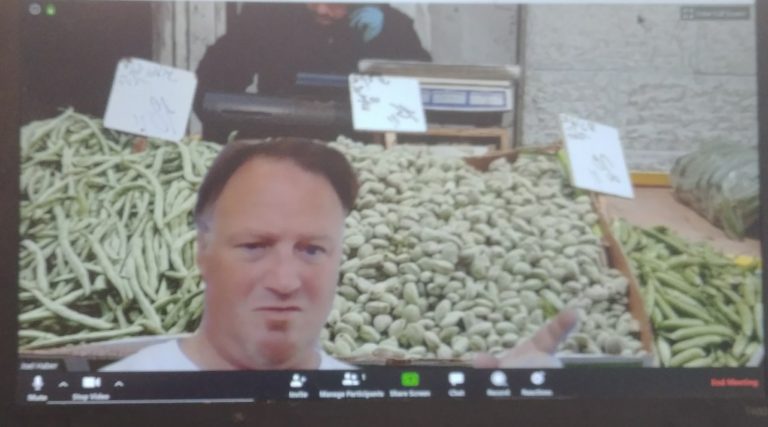 In addition to my regular touring options inside of Israel, I also want to have a more global reach. I am able to "guide" you through various sites while you remain in the comfort of your own home (or school, house of worship or office) via my "virtual tour" options. The tours combine video footage, photographs, maps and of course my direct guidance.

Additionally, I have presented a number of lectures on a variety of topics related to tour guiding in Israel, and am able to present those online as well.

Below are some of the virtual tour locations and lecture topics that are currently available, but I am also able (with enough advanced notice) to create new ones for your specific needs. Most lectures are currently designed for a 1-hour length, but all can also easily be shortened, as needed. And the virtual tours are designed modularly, so that various lengths of tour sessions can be accommodated.

It would be my pleasure to discuss options and pricing with you. Please contact me to discuss further!

Shuk Machane Yehuda - A tour of the famous Jerusalem food market. Areas of focus may include the background to how the market developed over time, the diverse foods that can be found there and the famous "Shuk Gallery" of artistic murals covering the gates of the market when it is closed.

Old City of Jerusalem - A collection of modules that includes Jaffa Gate, the Old City rooftops, the Broad Wall, the Cardo, the Western Wall and more.

Here are a few excerpts from a Bar Mitzvah tour I did focused on lesser-known aspects of the Western Wall:

New Jerusalem: The First Three Neighborhoods - Until 1860, the entire of city of Jerusalem sat within the one-square-kilometer, walled Old City. Now the city of Jerusalem is 125 square kilometers. And that expansion began with a few small neighborhoods. An exploration of Mishkenot Sha'ananim (with Yemin Moshe), Machane Yisrael and Nachalat Shiva -- the first three neighborhoods built outside the Old City walls.

Nachlaot - The second phase of expansion in the New City of Jerusalem, Nachlaot is a collection of over 30 "micro-neighborhoods" that embrace a great mix of cultures and ethnicities, plus interesting and beautiful early architecture and synagogues.

Rechavia - The first "modern neighborhood" of the New City of Jerusalem, this tour explores the individuals, city planning and architecture (along with some juicy stories and entertaining tidbits) that turned Jerusalem into the modern city it is today.

Christian Jerusalem for Non-Christians - Part tour, part lecture, this is an introduction to the various Christian sects that populate the various areas of Jerusalem, as well as an exploration of the many churches and Christian institutions to be found in both the Old and New City environs.

Old Jaffa - An ancient city that is wrapped in legends as well as many historical tales, Jaffa is an interesting and multicultural place, with connections to all three of the major monotheistic religions. Jaffa is also a place to explore recent history and contemporary issues, as well as a place of simple beauty.

Caesarea - One of the most famous and impressive archaeological sites in Israel, the two-millennia-old city on the sea touches on so many important periods and issues. From the brilliant side of King Herod to the origins of the Jewish revolt against the Romans, Talmudic sages to important early Christians, and Crusaders to Mamluks and modern Bosnian Muslims, Caesarea offers a little bit of everything!

Chulent and Hamin: The Stew With 1000 Flavors - Wherever Jews have spread throughout our complex and storied history, we've carried a simple Shabbat stew with us, adapting it to the local ingredients and tastes. A culinary history of this most Jewish of dishes that will whet your appetite, but not sit heavily in your stomach.

Here is the introduction:

My Cup Runneth Over: The Jew and His Drinking Habit - Common wisdom states that Jews don't drink. But while it may not be the Jewish vice of choice, all evidence indicates the common wisdom to be wrong. From Biblical times, through 9th century Iraq and 18th century Poland, into the modern State of Israel, join me for a stumble through the intimate and at times surprising relationship between Jews and booze.

A Land of Milk and Mufletta: What Israeli Food says About Israeli Culture - Israeli chefs have recently conquered the culinary world, but what about all those foods they left behind at home? What do these dishes say about Israel itself? From falafel to petitim, meurav Yerushalmi to mufleta, I will reveal the culture behind the distinctive foods that make Israel so deliciously... Israeli.

Not Just Apples and Honey: Rosh Hashana Foods and Their Many Meanings – We all know that we have to “dip the apple in the honey” on Rosh Hashana. But there are so many more symbolic foods that Jews around the world eat on the holiday. What do all of these foods mean? Why is symbolism such a big part of this holiday? How legit are “new simanim” at the Rosh Hashana table? And most importantly, what do these traditions say about our people? 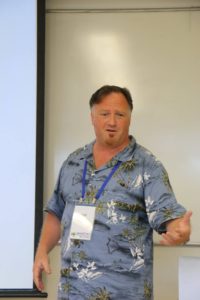 Over Their Dead Bodies: On the Practice of Praying at the Graves of the Righteous - For centuries, many Jews have visited the graves of tzadikim [righteous people], [praying for health, an appropriate spouse, success and other personal or national needs. But what is the origin of this practice that is mentioned nowhere in the Jewish bible? What halachic [Jewish law] issues are connected with it? And most importantly, should we even be engaging in this practice at all?

Does God Want Blind Faith? Akeidat Yitzchak Reconsidered - When taught to children, this central Jewish text (the story of the Binding of Isaac) typically portrays Abraham as an unquestioning servant. But this characterization presents problems for a modern sensibility, and also contradicts his portrayal elsewhere in the Torah. Viewing the text anew, with close attention to language, we discover that Abraham's test may have actually been very different.

Ideal and Alternative: A Personal Approach to the Shema - Perhaps the best-known Jewish prayer, traditionally recited 3 times a day, this central part of our liturgy sometimes fades into the obscurity of the familiar. Looking closely at the language and counterpoint of the three paragraphs, we will discover deep meanings and understand this text as a core expression of Judaism's religious philosophy.

A Heart Always in the East? Jewish Literary Views of Israel Throughout History - From the days of the Bible, through exile, destruction, return and longer-lasting exile, Jews have dreamt about the land of Israel. Beyond dreaming, however, the People of the Book have also, of course, written about it. A look at Jewish portrayals of Israel (and Jerusalem in particular) throughout history reveals the changing relationships we've had with the Land of our Forefathers.

Please inquire about other virtual tour and lecture options!

We recently used Joel for an online (Zoom) food event for our supporters/donors. I can say without hesitation that Joel Haber’s tour of the Machane Yehuda market is unique and outstanding. His encyclopedic knowledge of "the Shuk," coupled with his relationships with the many vendors enables one to have a truly memorable experience. Even the toughest critics thought he did a remarkable job bringing the market alive, so we could viscerally experience it. Joel is helpful, quick on his feet when unexpected events occur and entirely committed to fulfilling the client’s expectations. -– Joy Wagner Arbus, Executive Director, Leket Canada

Fun Joel led several online tours of the Machane Yehuda market for our congregation and tailored each one to the specific audience. One of the programs was for a teacher brunch and Joel sent recipes ahead of time so we could "brunch and learn." Participants of all ages enjoyed their time with Joel. He has a deep knowledge and love of his subject matter and tops it off with a great sense of humor. I highly recommend Fun Joel's tours! -– Laura Naide, Director of Religious Education, Congregation Etz Hayim, Arlington, VA

Joel Haber’s online tour of the street art in Machane Yehuda Market was one of the most educating and entertaining programs our community had during the pandemic. It was not just an overview of the location and the history of its art, it was a lesson in how special the Land of Israel is, both the country itself and the people living there. This hour brought us to love Israel even more. -- Maxim Delchev, Director of Jewish Education, Bulgarian Jewish Community

Joel delivered a most informative online talk about Jews and Alcohol, and we liked the talk so much we decided to book Joel for a lecture series! – Naftali Polachek, Vice President, Mount Sinai Jewish Center, New York, NY