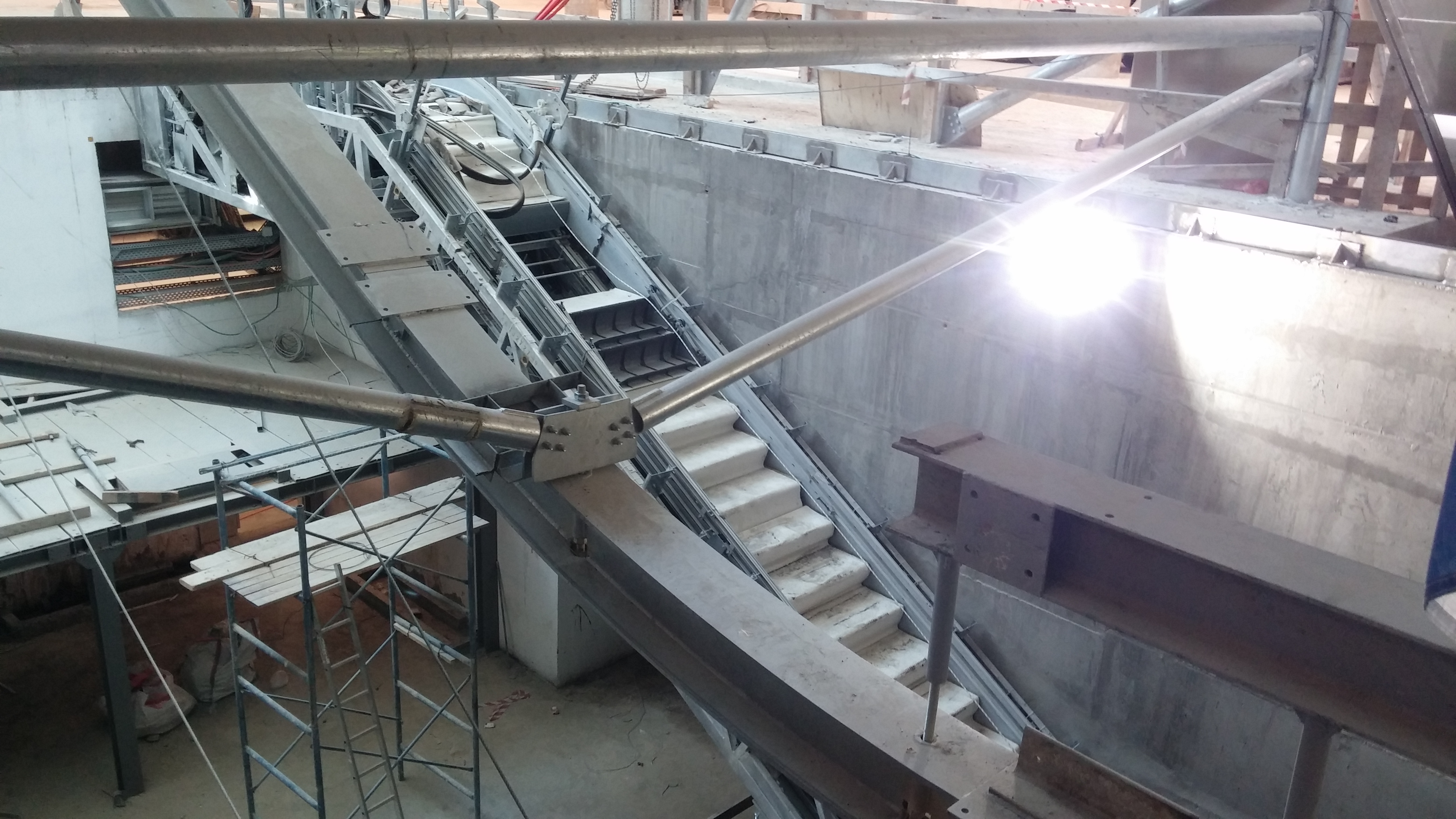 I have written before about Batim MiBifnim – Jerusalem Open Houses, both my general appreciation of the free event and about a tour I guided in a previous year. For those who are unfamiliar, this is an annual event that lasts three days. There are walking tours, entry into architecturally interesting private homes and public visits to normally closed, private institutional buildings — all for free! And even though most tours are in Hebrew, there is still plenty to see even for English speakers. In short, it is a peek into a secret side of the city, a real treat for those who love Israel’s capital.

Of course, there is no greater secret than the future. So at this year’s event (a few weeks ago), I focused much of my time on tours that would allow me a window into where the city’s development is heading.

For starters, it is no secret that Jerusalem needs more hotel rooms. Prices for hotels are fairly high in the city, partially due to a shortage of rooms. This problem will only get worse if (as the municipality hopes) tourism numbers increase dramatically. So there are many new hotels slated for construction. I heard some architects speak about new hotel projects they have in development.

Two projects mentioned in passing were a building conversion downtown on HaHavatzelet Street, and a new construction adjacent to the Khan Theater, near the German Colony. But the main project I heard discussed, and then visited the future site, was a combination of new construction and building conversion for the Ministry of health building located at 86 Jaffa Road. Formerly an Ottoman Era hospital and then turned into Ministry offices, there is a large empty lot behind the building. The new hotel, designed with the surrounding neighborhood in mind, would offset the upper stories standing on pillars, creating an intermediary “step” between taller buildings on one side of the lot and shorter ones on the other side. While it definitely was a strange looking solution, it was at least refreshing to see the thought process involved.

Whether any of these hotel projects see the light of day remains to be seen. Real estate development in this city takes extremely long, and there are tons of hotels that have been planned and never built. So I’ll just say that these were a look at where the city might be going. But one thing that seems to be a priority in City Hall these days is helping further develop the city’s burgeoning high tech scene.

Another upcoming project that seems more likely to come to fruition is another building conversion, this time of a long-abandoned building at 167 Jaffa Road (technically two attached buildings, one in front of the other), close to the Central Bus Station. It is planned to house two separate things, one the new headquarters of MassChallenge Israel and the other an initiative of Mayor Nir Barkat, the Jerusalem Tech Embassy.

MassChallenge is currently located in another historic building, the former Alliance school near Machane Yehuda. Rather than a full building conversion, that structure just went through minor upgrades for temporary usage by a few organizations. But they will soon need a new permanent home, and this building will likely be it. The exterior of the new building will largely be preserved as is, but a few changes include raising the roof slightly and adding a glass-roofed events space on the upper floor of the back building. When complete, this project will likely be one of the major centers of tech activity in Jerusalem, especially given its proximity to the new City Entrance Jerusalem Business District, and to the high speed train from Tel Aviv.

And speaking of that train, this is one of the most exciting and highly anticipated projects shaping Jerusalem’s future. The new train station, scheduled to be completed in about 6 months (approximately a year before the train line itself is ready) was one of the “hottest tickets” at this year’s event. There were 10 tours of the partially complete station, spread throughout the day on Friday, and I was lucky enough to get in.

In order to avoid the need to bring the train all the way up the hill into Jerusalem, the project brilliantly tunnels into the side of the mountain, allowing the train to continue along through a fairly level tunnel, ending at a 7 billion NIS station that is built 80 meters underground. Rapid elevators, long escalators and stairways (for emergencies) will facilitate the connection between the train platform and street level.

Building a major train station that far underground is obviously a complex engineering project. But it is just one more part of the complicated project that is the train itself. With 8 bridges and 5 tunnels (the longest of which will be nearly 12 kilometers), the completed project will bring people from one city to the other in under 30 minutes. And also significantly, the train will also connect Jerusalem with Ben Gurion Airport, thus making the city drastically more accessible.

The last look I had at Jerusalem’s future was possibly the most likely to affect the city on a daily basis. I was on a walking tour along Jaffa Road, Jerusalem’s central artery, looking at the various squares along the road. At most major intersections, there is a wide open public space that allows for group gatherings, events, relaxation spaces and interpersonal interactions between the city’s citizens and visitors. The next one that is slated for renovation is probably the most widely trafficked — Zion Square, at the intersection between Jaffa Road and the Ben Yehuda Street pedestrian mall.

The tour began in the basement of city hall, where there is a highly detailed (down to individual buildings), scale model of central Jerusalem. The walls were covered with treatments of various plans for changing Zion Square, including the winner of a recent architectural competition.

The two defining characteristics of this plan are the multiple potential configurations of the space based on various event needs, and the tall shade-giving trees. These both should transform the square from one that people pass through to one that people spend time in. In an increasingly divided city, spaces like this are well needed and much welcomed.

While I did also go to some of the more “classic” types of sites from Jerusalem’s past and present during Batim MiBifnim 2016, these peeks into Jerusalem’s future were the most exciting. I encourage anyone interested in learning about Jerusalem to keep their eyes open for the announcement of next year’s event.

One thought on “A Peek into Jerusalem’s Future”