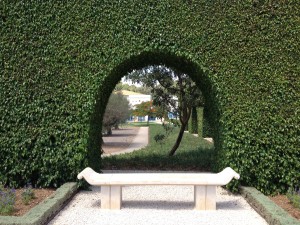 Where in Israel is This?

Okay folks, it is time for another Israel Mystery Photo! In this game, I show you a picture I took somewhere on tour in Israel, and then you try to identify it. Then in the next post, I put on my guide hat, and give you some more information about it! So, post your guesses here about where the picture to the left was taken. I’ll tell you all about it next time.

Meanwhile, as most people guessed last time around (both in the comments and when I posted it on Facebook), the last Israel Mystery Photo was taken at the YMCA building in Jerusalem, way up high in the bell tower. Anyone who has visited Jerusalem knows that the YMCA is one of the most beautiful structures in the city. And the tower offers some of the best 360-degree views in town.