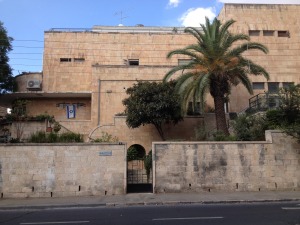 What’s the connection between Bob Marley and this famous house in Rehavia? Come to the tour on October 13th to find out!

It is about time that I brought back my “Jerusalem: Meet Jerusalem” walking tour series. And while I am nearing completion on a few new ones that I hope to publicize and guide over the next few months, I want to reprise the first three I did.

What better time to do that than when many of you have vacation: Chol HaMoed Sukkot.

So, if you missed any of the three tours previously, and/or you are just visiting for the holiday and are looking for something to do, these interesting tours are for you.

I’ll help you learn more about this awesome city in a few short hours!

END_OF_DOCUMENT_TOKEN_TO_BE_REPLACED 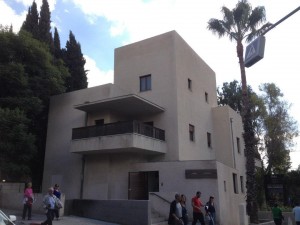 The house of Dr. Paul Bonem, built in the International style by Leopold Krakauer in 1935

My first two Jerusalem, Meet Jerusalem walking tours focused on the early expansion of Jerusalem outside the walls of the Old City. Thus, I focused first on the first three neighborhoods built outside the walls in the mid 1800s. Then we moved on to the collection of micro-neighborhoods known as Nahalaot, a step towards the New City’s solidification overall.

The third tour in the series focuses on Rehavia, a neighborhood right smack in the heart of Jerusalem. In many ways, Rehavia epitomizes Jerusalem’s modernization. Built in the 1920s and 1930s, Rehavia was planned as a Garden Neighborhood, a reaction to urbanization that was first created in Europe. From its origins and still until today, Rehavia is a neighborhood populated by leaders in politics, culture and academia.