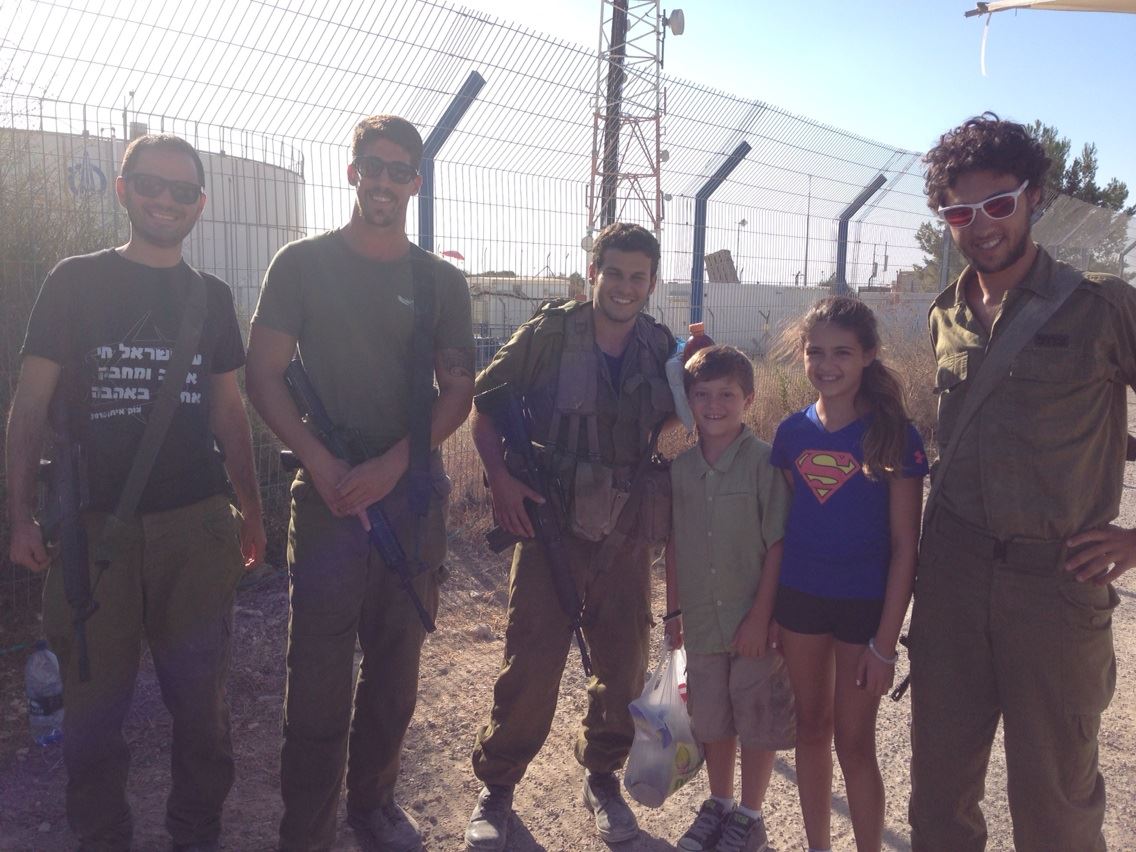 While a number of tourists cancelled their Israel visits this summer due to the Gaza war, many others would not let the upheaval ruin their plans. I had the pleasure of guiding one such family, the Frumers of New Jersey, late in August. And since they were coming, and valued the amazing work of the IDF’s Iron Dome, they asked me to arrange a visit to an Iron Dome facility so they could thank the soldiers who were stationed there.

Since I too love the Iron Dome and all it has done to protect us, and since one of Judaism’s major values is hakarat hatov (showing appreciation), I knew I had to help this kind family with their request. So I started doing some research, making some calls and sending some emails.

I located an Iron Dome installation in the area where we’d be spending our first day together, and arranged to go visit it. One the way, we stopped at a convenience store, knowing the soldiers would welcome physical gifts as much as the visit itself. We had run into a soldier earlier in the day, and asked him what types of food items we should pick up to give as presents, and he said, “It doesn’t matter what you give them. They’ll be happy with anything. The fact that you are doing it is all that matters.”

As parents Alon and Michelle picked up some of the healthier but still tasty food options, 9-year-old Kobi went for gum and candies. (I think he had an idea what the soldiers would really want, though Alon was probably not far off in wanting to bring them a beer. Of course, he wisely realized that they probably weren’t allowed that while on duty.) Liat (11) may have been the smartest of all, when she suggested we get them some deodorant! I okayed that, having heard that (at least early in the war)there was a need for toiletries and underwear and the like.

Then we drove a short way to make our visit. The soldiers who we met were super happy and thankful to meet with us, particularly the kids. Kobi and Liat got to try on one of the soldier’s helmets. They spoke to us all (in English and Hebrew) about where they come from, what they do, how the Iron Dome works and many other things. And when the officer on duty walked past, having just finished a shower, he was particularly thankful for Liat’s deodorant purchase!

(In the picture above, you can see the Iron Dome in the background — an elongated rectangular box, pointing diagonally into the sky.)

All in all, we spent a short visit there — just about 20 minutes. But that short visit created a memory that will stay with the Frumers (and me) for years to come. And I’m certain the soldiers felt the same way. What an honor to help this family say thanks to those who protect us in times of need!

If you’d like to thank the members of the IDF during a visit to Israel, let me know! There are many options for both more and less formal activities, all of which are appropriate and appreciated.

One thought on “Helping Tourists Say Thanks”