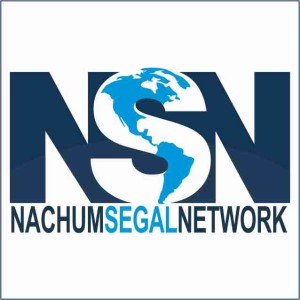 I am pleased to announce that I will be interviewed as a call-in guest this coming Friday (January 9th, 2015) on the Nachum Segal Network. I will have the pleasure of “appearing” on the show “Table for Two with Naomi Nachman” to discuss culinary travel in Israel. The show starts at 9 AM, Eastern Time.

In particular I will be discussing my tours of Machane Yehuda Market, but we will obviously discuss many other things as well. So I hope you will all tune in to listen. And I am fairly certain the show will be archived later, so if you miss it live, look for it afterwards. I will be the first guest of the show.

“Table for Two with Naomi Nachman” is a weekly show hosted by Naomi, the Aussie Gourmet. Naomi interviews many personalities from the kosher food world, and I am excited to be one of her guests this week. As it turns out, though we’d lost touch, Naomi and I knew each other in our younger years, so it is nice to be able to reconnect with her via food!

By the way, as a little teaser, I should also say that I know Nachum Segal from the really old days. I don’t recall this, but my parents always talk about how Nachum was in 8th grade when I was in Nursery School at Hebrew Youth Academy in New Jersey. They claim that he would “protect me” during recess times! Not sure what or who he would protect me from, but nice to have a positive connection anyway.

So again, the details: