Today in Israeli History: Jerusalem is Our Capital 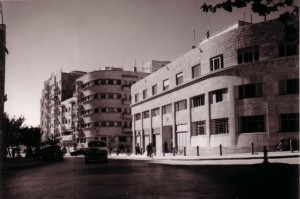 I have had the distinct pleasure this week of guiding at a number of sites throughout Jerusalem where I don’t frequently guide. Among them was a visit to the Supreme Court building on Givat Ram, in the government complex.

In that part of the city are numerous buildings connected to all three branches of government. The Supreme Court building connects via a straight path to the Knesset (the Israeli Parliament), and nearby a cluster of other government buildings house the various Ministry offices. Other national (or significant) institutions, such as the Israel Museum, Hebrew University and Bank of Israel are also situated in the area. This area is the governmental seat in the national capital.

But while Jerusalem is Israel’s capital, it was not always a given that it would be such. When the Knesset first formed, near the end of the War for Independence, the Knesset met in Tel Aviv in a building near the beach where the Opera Tower stands today. Furthermore, the State of Israel had been declared in Tel Aviv. But clearly, the founders of our State always considered Jerusalem the capital. Circumstances simply conspired to keep them in Tel Aviv.

END_OF_DOCUMENT_TOKEN_TO_BE_REPLACED 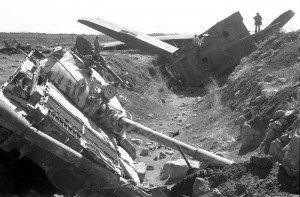 Disabled Syrian tanks following the battle of the Valley of Tears

Okay, actually I should have written “Tomorrow in Israeli History,” but since I will be observing Yom Kippur, I am posting this today. As many of you know, this Yom Kippur (Day of Atonement) marks the 40th anniversary of one of Israel’s more difficult wars — the 1973 Yom Kippur War.

You will most likely see many articles and posts about the war, and so I will not summarize the entire thing. But I would like to make a few points that may be less known or about which people may have some misconceptions.

END_OF_DOCUMENT_TOKEN_TO_BE_REPLACED 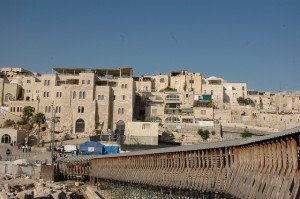 The Temporary Mughrabi Bridge in the Plaza of the Western Wall (photo courtesy of Flickr user Ariela R.)

I’ve said it before, and I’ll say it again: I hate politics.

But living in Israel and working in the field of tourism, it is fairly difficult to completely avoid dealing with political issues. Nearly every visitor has heard things about the political situation and/or sees things that relate to the issue. So they will inevitably ask some questions.

And it would not be right for me to ignore these questions. So the way I handle them is to respond in as objective a manner as possible, all the while recognizing and admitting that it is actually impossible for anyone to be truly objective. I try to relate the facts as I see them, and try to keep my opinions out of things. When Israel does or has done something wrong, I admit them. But when I see lies or misrepresentations that damage Israel’s image, I will speak out against them as well.

END_OF_DOCUMENT_TOKEN_TO_BE_REPLACED

Thoughts on Tourism in Israel’s Future 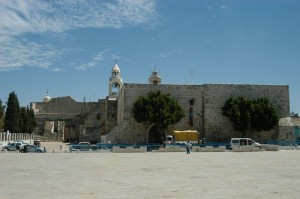 One of the questions that I face as I prepare to become a licensed tourguide here in Israel relates to the future of this great country. Uncertainty is a key word that describes the situation of Israel’s future, and it makes preparing for my future career all the more difficult. It also makes my preparations more emotional, while I also delineate between my hopes for my career and my hopes for Israel’s future as a country.

A few recent news stories, that seem narrowly focused on specific laws that affect the industry, instead made me think more about what my career may be like in a future Israel. And they also made me think about what I’d like it to be like.

END_OF_DOCUMENT_TOKEN_TO_BE_REPLACED

On Politics, Squid and Israeli Tourism 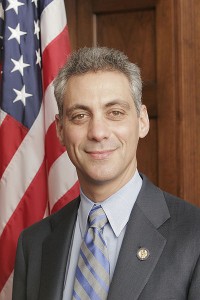 Many of you may have heard the public flap that occurred when White House Chief of Staff Rahm Emanuel arrived in Israel this week to celebrate the bar mitzvahs of his son and nephew. In case you haven’t, I’ll summarize.

While in Eilat, Emanuel and family ate a seafood dinner in a fancy restaurant, then passed the bill over to a representative of the Israel Ministry of Tourism to pay. Or did he? In a rapid response to the news story, the Ministry quickly denied the allegations.

So why am I raising this story here? I actually have two points to raise.

END_OF_DOCUMENT_TOKEN_TO_BE_REPLACED 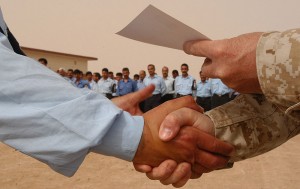 I don’t know about you, but I shake hands with people all the time, and I barely even think about it. Sure, I’ve heard the potential origins of the handshake as a sign of peace, indicating that neither person is holding a weapon. But in our society, shaking hands is as common as, well… a handshake. Most of us clasp hands with others multiple times on a daily basis.

But last week, a handshake that may or may not have taken place highlighted just how delicate and sensitive life can be in the Middle East. And a few days later, I received a comment on a blog post that I’d written entirely innocently, that drove this point home on a more personal level.